Anyone with a pulse and an IQ exceeding room temperature can likely agree that our nation’s health care system is seriously flawed.

But that’s generally where the agreement stops.

That’s why I was impressed when Biddeford Mayor Alan Casavant posed a series of observations about Maine’s own raging health care debate on his Facebook page.

Casavant is also a member of the Maine House of Representatives, and his comments were based on his observations during a legislative hearing about how best to address rising health care costs.

“Clearly, resentment [of] the Obama plan drives a lot of these bills,” Casavant noted, referring to the federal Patient Protection and Affordable Care Act of 2009.

“For some, the costs of treatment and medicine exceed their ability to pay,” he said. “So the moral question is: What should a society do in such situations? What should government do? Do we act, or do we allow the laws of Darwin to supersede our compassion, integrity and our humanity? The system is broken. . .”

I applaud Casavant for raising the topic, but submit that our health care system is NOT broken, it is fixed . . . meaning it is rigged.

Our current system is either outdated and ineffective, at best ; or it is favorably geared toward an ever shrinking pool of those who can afford to keep up with skyrocketing costs.

Are you with me, so far? Good; because this is where the debate gets tricky.

Before we proceed any further, we must agree to at least one basic fact, regardless of our individual political/cultural/socio-economic viewpoints.

Health “care” and health “insurance” are completely different topics that are too often linked at the hip.

If you drive a vehicle in Maine, you are required by law to have a minimum-liability insurance policy. This law exists to protect drivers who are harmed by another driver’s neglect or carelessness.

Driving, as the state of Maine tells all new drivers, is a privilege, not a right.

I will take that a step further and say that health “insurance” is also not a right.

The argument about whether health care is a right remains a bit more ambiguous, but let’s remember we’re now discussing health “insurance,” not health “care.”

The discussion about rights and expectations have only been muddied by the nation’s new health care law, which mandates individuals to purchase health insurance in the private marketplace.

The so-called “individual mandate” is one of the more controversial aspects of the health care reform law signed by President Obama. That issue is scheduled to be deliberated by the U.S. Supreme Court this year.

Interestingly, critics of the individual mandate can be found from both the left and right side of the political spectrum.

On the other hand, more progressive Democrats — especially those who pined for a public option or a single-payer system of healthcare reform — describe the individual mandate as nothing more than a very big gift for evil insurance companies that stand to gain millions of new customers.

But all that debate and Constitutional introspection pales in comparison to the more fiery rhetoric associated with the subject of health insurance profits.

Left-leaning groups, such as ACORN and HCAN (Health Care for America Now) say that corporate, for-profit health insurance profits are skyrocketing and have quadrupled over the past few years. 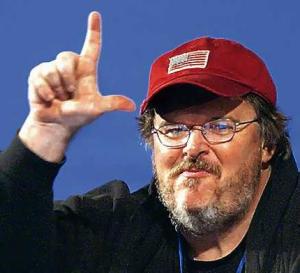 It’s a favorite talking point of progressive Democrats and very handy when whipping up grassroots mobilization to support the president, but it’s not entirely accurate — although rated as “mostly true” by PolitiFact, a Pulitzer Prize-winning organization established by the Tampa Bay Times to fact check political rhetoric.

Meanwhile, the health insurance industry is crying poverty, saying their profit margins are among the lowest of any industry in the United States — ranging between two and four percent.

So, which one is right?

Unfortunately, the inconvenient truth is that both groups are a little bit right, and a lot wrong.

And that is bad news for those of us trying to navigate the turbulent waters of this complex debate.

But simply blaming “greedy” insurance companies conveniently ignores too many other factors that drive health care costs. Moreover, such rhetoric is debatable, at best; and intentionally misleading at worst,

Rick Newman, chief business correspondent for US News & World Report, makes a compelling  case about why health insurance companies make lousy villains, pointing out that profits are hardly the root of a much larger and complex problem.

“Overall, the profit margin for health insurance companies was a modest 3.4 percent over the past year, according to data provided by Morningstar. That ranks 87th out of 215 industries and slightly above the median of 2.2 percent,”  Newman reports.

Despite my right-leaning, free-market beliefs, I admit to being somewhat conflicted on this issue, and that’s probably because my household is knee-deep in our own health-insurance nightmare.

My wife, Laura, was diagnosed with multiple sclerosis just three days after Christmas in 2008. Her disease is never going to go away. It is never going into remission. It takes a little piece of her each day, even when we don’t notice it.

I also have a chronic disease, one that gets a lot less sympathy than MS, cancer, epilepsy or diabetes. For more than 25 years, I bounced in and out of psychiatric hospitals all across the country, ringing up thousands of dollars in debt because I had no health insurance.

Neither of us asked for our respective illness. We both work full-time. We pay our taxes, but we are also a health insurance company’s worst nightmare…we take out a lot more than we put in to the system.

If you’re a conservative, Tea-Party Republican, you are advised now to reach for the duct tape because otherwise your head may explode when I offer up this next tidbit:

You are paying a portion of our health insurance.

Laura is a state employee and thus, we are more than lucky to have an outstanding health insurance plan that is offered to all state employees and their immediate family members.

But even if Laura lost her job, and we relied upon a more traditional (and much more expensive) private health insurance plan, you would still be paying for our health insurance.

Why? Because in our current system, healthy Americans subsidize the costs of treatment for the ill. That is the fundamental core of the individual mandate: we need more young, healthy people in the system to offset the cost of treating older and sicker Americans.

I am not a big fan of the individual mandate – beyond the Constitutional arguments, I think the system unfairly penalizes healthy people and will do little to drive down the costs of health care.

There is a lot more to cover, but I will end this installment here and borrow Casavant’s closing observation from his Facebook post: Stalemate [on this issue] is unacceptable.

Next installment: Health Care: Is it a right?

3 thoughts on “Money for nothing”