Where does the time go?

A couple of weeks ago, I took a seat on the patio at the Run of the Mill restaurant in Saco. It was a beautiful weekday afternoon, and the sun was slowly setting against the backdrop of old mill buildings struggling for new life in a new world.

If you had asked me 30 years ago, I doubt that I could have imagined being there, not to mention the people I was sitting with. The faces seemed familiar, just 30 years older. They looked old. It all seemed surreal. I did not belong there.

There were plenty of stories, and lots more memories shared around the table. The beer tasted good, and the river rushed by, paying no attention to these former classmates planning a reunion. I kept up with the conversation but my mind traveled back in time.

It was 30 years ago this weekend that we awkwardly marched two-by-two down center court to the waiting headmaster and our much-anticipated diplomas. I doubt that any one of us would have imagined where we would be or what we would be doing on this particular afternoon thirty years into the future. This day was then so far into the future; so far beyond our imaginations.

They call high school graduation ceremonies “commencement exercises.” We are told that this is not the end; it is the beginning of the rest of our lives.

What a crock. Things end, and new things begin. It has always been this way.

We laughed and sighed, telling stories about the places we had been and the things we remembered.

But some things never change. I didn’t fit in then, and I don’t quite fit in now.  The only difference (besides my profound loss of hair) is the fact that it doesn’t matter that much. Ok, so maybe a little . . . but I digress.

I do not think of myself as someone who is pushing 50. In my mind, I am 35…maybe 36…so what am I doing with these old fuckers, talking about kids, careers and long ago memories?

I drove home that evening, wondering why we put so much effort into reunions; into recreating memories and reminiscing with people who are really no longer connected to one another other than the fact that they all gathered in one particular high school gymnasium on one particular day in 1982.

It was eight years ago this weekend that Laura and I closed on our house in Biddeford. One of the first things I did was unpack a scrap piece of lumber with small notations written on it. I held that stick up against a piece of the door frame in the unfinished part of our basement, and I meticulously copied the notations, according to name, height and date.

It was a trick I learned from my great-grandmother, Cleo, more commonly known as Nana. When I was a young boy, I visited Nana every Saturday morning at her second-floor apartment on Pearl Street in Biddeford. Nana spoiled me rotten.

At first, it was visits after Saturday morning Catechism classes at St. Mary’s; and then it became the much-anticipated end of my newspaper route that stretched from Franklin Street in Saco to Pine Street in Biddeford and included all of Gooch Island.

There were invariably pizzas from Mr. T’s and plenty of Boston Creme donuts from Dunkin’ Donuts.  It’s a small miracle that I do not weigh 350 pounds.  Those edible delights were all served to me on a TV tray in the living room so that I didn’t have to miss an action-packed moment of The League of Justice or Sealab 2020. There were no DVRs back then. 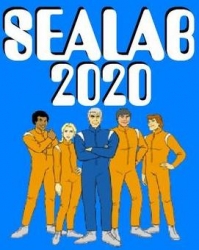 But there is no Nana today, and you can have my DVR for just one more of those Saturday mornings. Nana loved me unconditionally, no questions . . . no admission price… I was her son’s grandson, and that lineage came with perks that rival those bestowed upon Great Britain’s royal family.

Of course, I dutifully ran Nana’s Saturday errands…a payment on the account at Doyon’s Pharmacy, picking up a piece of cleaned jewelery at Youland’s or getting a new plunger at McKenney &  Heard. And before I left to head back across the river to my boyhood home, I would stood against the closet door that Nana marked at least each month. With a ruler and a pen she notched that door with my height to measure my growth. It was her archive: evidence of what she achieved and why she worked so hard for all those years.

So, I did the same thing with Tim and Matthew when we were all living in that tiny Old Orchard Beach bungalow. But how could I keep those memories alive when we decided to sell our home? I grabbed a piece of a lumber, a pen and a level. I then carefully marked that scrap of wood so that I could carry it forward into our brave new world.

It is a world that has changed dramatically since 1982. There was no MERC. Those downtown mill buildings were still (although waning) epicenter of manufacturing. People actually drove Ford Pintos with wood panels. Van Halen was a relatively new band, and we listened to that music on cassette tapes. There were no answering machines or blogs.

We remember so that we do not forget. We reminisce because it reminds us of our shared and fragile connections.

There is comfort in ritual; there is innocence in nostalgia, and there is the sudden realization that change is certainly incremental, yet never-ending.

Anything will grow in June, when it’s very easy to forget that the days will soon again become much less long.

One thought on “Ain’t nothin’ but a party”