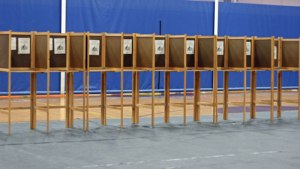 Allow me to make a bold prediction.

Voter turnout for Maine’s 2014 Primary Elections on June 10 will be absolutely dismal.

Taxpayers across Maine will spend hundreds of thousands of dollars for an absolute non-event; an utter waste of time and resources, all in the name of a Democratic process that doesn’t work without a contest.

In fact, we will be lucky to see voter participation that exceeds the June 1996 state primary, when only 12 percent of eligible voters bothered to cast a ballot.

The winners have already been determined.

Unlike the June 2010 Primary four years ago, the gubernatorial candidates for each political party have already been chosen. If only one Democrat goes to the polls somewhere in Maine, Mike Michaud will clinch his party’s nomination in a landslide.

More recently, in 2012, six Republicans and four Democrats fought in the primaries for a chance to fill the shoes of U.S. Senator Olympia Snowe.

This year, Republican Susan Collins has already won her party’s nomination and Shenna Bellows is assured of being the Democratic Party’s sacrificial cow.

But what about the Maine Legislature and the crop of fresh faces ready to head off to Augusta?

Okay, you can stop laughing now.

In fact, you may want to cry because you and all of your neighbors will be funding an entire day of using municipal clerks and voting officials to collect ballots that hardly matter.

Of Maine’s 35 state senate seats, only four will face a primary challenge (three Democratic primaries and one Republican primary)

It’s not much different for the process to fill the 151 chairs in the Maine House of Representatives, where only 19 of the 151 races will see a Primary challenge (8 Democratic primaries and 11 Republican primaries)

In 132 of 151 House Districts in Maine, it doesn’t matter a bit  if you go to the polls on June 10. The races for the Blaine House, the U.S. Senate and the Legislature have been pre-determined.

Please do not disturb the slumber of your municipal clerks or voting officials.